FDA 21 CFR Part 11 and The US Presidential Election 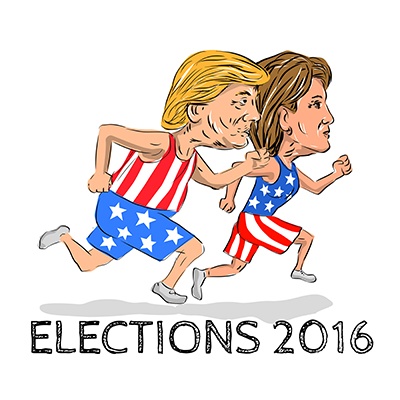 By now we have all heard in the news about the alleged deleting of 33,000 e-mails by one of the candidates for the presidency of the USA. The suggestion is that, Hillary Clinton, the United States Secretary of State at that time, had exclusively used her private email server for official communications, rather than official State Department email accounts maintained on federal servers. Those official communications included thousands of emails that would later be marked classified by the State Department retroactively.

This hot topic has been a major focus during the 2016 US Presidential debates in what is now known as the most negative campaign ever. The former US Secretary of State is doing her best to move beyond the controversy over her use of a private email server, saying that she "made a mistake". However, her opponent, Donald Trump, is not letting this go and is in effect saying she cannot be trusted. His argument is that without the availability of consistent and accurate data with trusted audit traceability this is not possible. Let’s face it, regardless of your political position, he does have a fair point.

Electronic records and their integrity is an extremely important part of any regulated system. This is particularly relevant to the pharmaceutical industry, where the analytical data generated and managed within QC Laboratories plays an important role in satisfying product quality.

Assurance that important data records are attributable, legible, contemporaneous, original and accurate (ALCOA) throughout the data lifecycle is important for many reasons. These are reasons why ALCOA is important to apply to the control of records.

Protecting original data from accidental / malicious modification, falsification and deletion is key to data integrity. This includes who did what, where and when with full audit traceability across the electronic record lifecycle.

This is extremely simple to achieve when you have the right validated software designed specifically to meet your requirements.

The FDA have produced regulations outlining the requirements for electronic records and signatures. The attached download will help stakeholders identify system requirements needed to meet FDA 21 CFR Part 11 and operate systems that help generate trust. LabHQ LIMS is designed to protect and maintain data integrity.  The question is, was the Secretary of State's private server designed to protect data integrity and if so, would Trump's argument still be valid?

Andy Mooney is Commercial Director at Broughton Software. A Business graduate with a scientific background, Andy started his commercial career in analytical laboratory equipment where he held many positions all with the goal of delighting customers across the world. His move into the world of scientific software started by establishing the UK operation of an Indian software development company. Since joining Broughton Software, Andy is committed to ensuring 100% customer satisfaction and spreading the word that LIMS does not need to be complicated - welcome to LabHQ LIMS.

A clear and bold header

The headline and subheader tells us what you're offering, and the form header closes the deal. Over here you can explain why your offer is so great it's worth filling out a form for.